As most of you know, ‘Shadowhunters’ started filming, and now we have another addition to the family – Hodge Starkweather has been cast!

Joining a cast of: 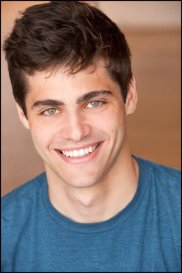 the role of Hodge will be played by:

About Jon Cor: Age 30, Jon Cor is a Canadian actor. He is known for playing the role of Jake in Beaver Falls, Brick in Total Drama Island, Zach Creed in Being Erica, and Jake Byers in The Boy She Met Online. (source: Wikipedia)

I can’t immediately see him as Hodge. Maybe because I still have the movie guy in my head? (Jared Harris.) I don’t know, I just kind of expected Hodge to be a bit more old-looking. So I wouldn’t say Jon Cor matched my idea of Hodge, however I’m going to give him the benefit of the doubt. I haven’t seen any of the movies he was in, which puts him in as a fresh face for me. I know the producers must have seen something special in Jon, and I’m definitely excited to see how it all plays out! I’m sure Jon Cor will play Hodge perfectly. Welcome to the family, Jon!

What are your thoughts on this casting? Let me know in the comments below! Have a great weekend!