Okay, so.. basically my immediate thought is that this cover deserves 5 STARS?! Just look at it. I wouldn’t mind having this on my shelf, you know. Just sayin’.

But lucky for me—and you, if you’re as swayed by the cover as I am—this book doesn’t just look pretty! Despite the difficulties I had at first to get into it, this book absolutely blew me away with its realistic, and complex characters, through various mediums of writing included, and its simple but truly entertaining storyline. Here’s what this book is all about: 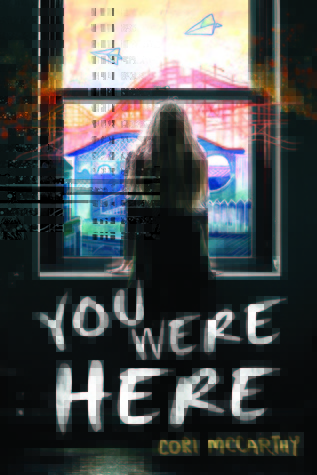 You Were Here by Cori McCarthy

Jaycee is about to accomplish what her older brother Jake couldn’t: live past graduation.

Jaycee is dealing with her brother’s death the only way she can – by re-creating Jake’s daredevil stunts. The ones that got him killed. She’s not crazy, okay? She just doesn’t have a whole lot of respect for staying alive.

Jaycee doesn’t expect to have help on her insane quest to remember Jake. But she’s joined by a group of unlikely friends – all with their own reasons for completing the dares and their own brand of dysfunction: the uptight, ex-best friend, the heartbroken poet, the slacker with Peter Pan syndrome, and… Mik. He doesn’t talk, but somehow still challenges Jayce to do the unthinkable-reveal the parts of herself that she buried with her brother.

Cori McCarthy’s gripping narrative defies expectation, moving seamlessly from prose to graphic novel panels and word art poetry, perfect for fans of E. Lockhart, Jennier Niven, and Jandy Nelson. From the petrifying ruins of an insane asylum to the skeletal remains of the world’s largest amusement park, You Were Here takes you on an unforgettable journey of friendship, heartbreak and inevitable change.

“You Were Here is wrenchingly beautiful in its honest and achingly accurate portrayal of grief and how it breaks us-and the way unconditional friendship puts us back together.”-Jo Knowles, award-winning author of See You At Harry’s and Read Between the Lines

“The urban explorers of You Were Here dive deep into the forgotten man-made spaces all around them—and their own feelings of loss, love, and fear. McCarthy deftly intertwines the characters’ stories, filling them with authentic pain and heartache as well as soaring moments of grace and humor. I dare you to read it!” —Maggie Lehrman, author of The Cost of All Things

Ahhh, so much to say here! I’ll be writing out this review in list form, between the things I loved and the things that I didn’t love so much. No spoilers, as usual, but if you’d rather just have the more vague and simple version of how I felt on this book, the ‘overall’ part would be good for you. Thanks to Sourcebooks Fire and Netgalley for the review copy! 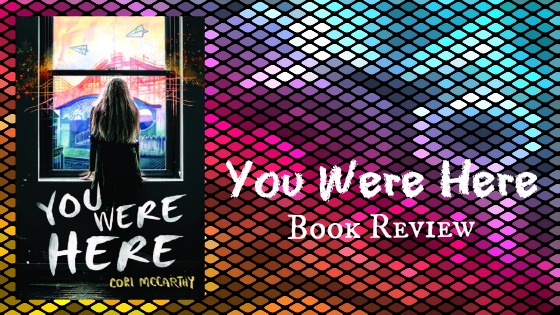 Things That Disappointed Me

Entertainment-wise, this book is absolutely fabulous! Although it took me a while to warm up to it and finish it, as I went further into the novel I was hooked and it was only due to lack of time that I didn’t finish it sooner. And from a critical aspect, not so shabby either! Great characters, engaging writing, and a good plot that kept me interested throughout the story. I’m glad I continued on with this book despite my first impressions! This book is way more than just a pretty cover, I assure you. You Were Here releases tomorrow, March 1st! Be sure to keep your eye out for it if you haven’t already. 🙂

Aaaaand, I think that’s a wrap! Tell me your thoughts; what do you think of this book? What are some of your favourite books you’ve encountered with great characters? YA books with illustrations? Are you a fan of multiple POV books? Do you plan on reading this book?  Let me know your thoughts in the comments below! ❤ Happy reading! I hope your Monday isn’t too terrible. LOL.