Hello and welcome to the first, official Book Snacks Babbles discussion post! I’m so excited to finally have started this new feature here on Book Snacks.

(Although, you can check out the first unofficial BSB post here.) I was planning on starting off this series waaaay earlier (the start of this month, actually) but after continuous changing of discussion topics, it took me quite some time!

Nonetheless, today I have a question that has been festering in my mind for quite some time: What makes a good love triangle? I know there are plenty of readers out there who say they’re sick of love triangles, but really, I think it would be more accurate to say ‘sick of *bad* love triangles’. Because when love triangles are written well, they can be entertaining and even advantageous to a story. So what are the things that makes a good, quality love triangle? Only one way to find out...Get comfy, and let’s babble! 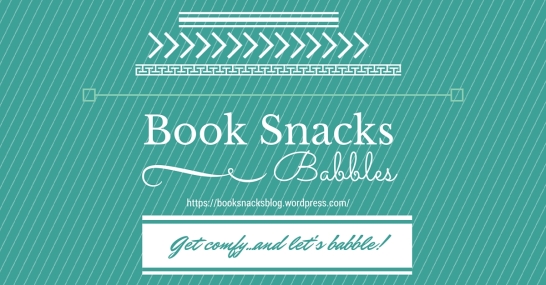 I’m going to start this off by saying: I don’t hate love triangles (although I think most of you must’ve guessed or realized that by now). I actually enjoy them, to be honest. But if they’re written well. The sad part is that they usually aren’t, which is one of the main reasons for the hatred against them from other readers. But there are so many ways authors can make quality love triangles, so many things I wish were in books more often. That’s what I’m going to share today. I don’t claim to be an expert on writing though, these are just personal thoughts and observations, on what should be done to make a quality love triangle:

So that’s some of my most important ideas on how to make a quality love triangle. After all, it’s all about how the love triangle is written, that determines its value, no? What do you think? Join in the discussion!

There’s no right or wrong opinion here, I’d love to know your thoughts on love triangles and what you think makes them well-written. Let me know in the comments below!

Until our next babbling discussion,