Candy Seaborne knows she’s badass. She takes after her father, an assassin and possibly a spy, although he won’t admit to either. She idolizes him. Her dream is to follow in his footsteps. But first, she has to finish high school.

Biding her time, waiting for real life to begin, Candy craves drama and isn’t above manufacturing some. If you’re a classmate who wronged her or a boyfriend who cheated, watch your back. She’s no pushover, and revenge may be her favorite pastime.

Jonah Bryson is the senior class heartthrob who breaks all the stereotypes. He’s a jock, but he isn’t the typical player. He’s moody and antisocial. No girl has gotten anywhere with him since his last girlfriend broke his heart.

Candy sees Jonah as a challenge and the perfect distraction. But she may be in over her head because unlike everyone else, Jonah isn’t buying her tough act. He sees the lost, lonely girl inside. He sees too much. When he looks at her that way, she wants to let her guard down and be vulnerable. But that’s the last thing she should do because her father’s world is spilling over into hers, and life is about to get real much sooner than Candy expected.

Welcome to my review tour stop of Like Candy by Debra Doxer, hosted by Xpresso Book Tours.

Note: I received a free digital eARC of this book thanks to Xpresso Book Tours for review purposes. This does not affect my review.

Like Candy was an entertaining romance and mystery (mostly romance)! I know the genres include ‘mystery’ but really the majority of the book was romance, or that’s how it felt like. It wasn’t ’till I reached near the end of the book where my heart was really beating because of the mystery, my toes curled in anticipation to see what will happen next. Although this was misleading and kind of threw me off, I really enjoyed this book nonetheless.

The plot was kind of a surprise to me, mostly because from the blurb, I was expecting some kick-butt action from the main character, Candy, but instead got a girl with no skills other than to be able to manipulate and pull pranks on people who’ve wronged her. I also think it could’ve been better executed, it had the potential to be both a contemporary romance as well as a mystery and spy novel, and sometimes that clashed. That being said, the plot was still very entertaining. Despite what I just said about the two genres clashing, I really enjoyed the fact that while we were led to believe the book was all romance by the first part, there were little twists and turns here and there that made the storyline more engaging and unexpected. A lot of the book did focus on the romance between Candy and Jonah, though, so beware of that. Although the plot wasn’t exactly what I expected, I liked the way things turned out, even though the expected cliffhanger at the end has me cursing that I can’t yet read the next book. 🙂

Candy herself was an interesting character, one for which I have conflicted feelings toward. On one hand, her manipulative attitude, and actions, instead of coming off as badass, as she says herself, at times felt plain mean and petty,and rude for no reason. Not to mention throughout the book she hardly showed any assassin or badass skills at all, which was kind of disappointing. On the other hand, I did understand why she acted the way she did, and found it intriguing, as twisted that may sound. All she really wanted was her father’s approval, the one thing she never seems to be able to get. Her father is often cold and distant, which frustrated me because Candy deserved more, from her father, at least. She was, no matter how much of a strong, assassin kind of character she claimed to be, still really innocent and with no mother and a pretty bad childhood, she wanted, no, needed her father to be proud of her. I understood that, it really made her character, although sometimes hard to like, easier to sympathize with, because a parent’s approval is something we’ve all wanted some time or another, am I right?

As for the other characters, they shined less brightly than Candy, obviously, except for Jonah and Candy’s father. But starting with Jonah, the love interest. I can’t exactly say what I liked most about him, but I did like his character.

“I wish I was the first guy you fell for. Then maybe the shadows in your eyes wouldn’t be there, and when I told you how beautiful you are, you’d believe me. You make me want to erase those shadows and chase away the memories that put them there, because every day that you don’t realize how amazing you are is a tragedy in my book.”

He was definitely swoon-worthy! And hidden inside him there are a bunch of mysteries and secrets which added both depth to his character and more uncertainty that kept me engaged in the story.

As for Candy’s father, I was quite frustrated with him in the way he treated Candy, both hot and cold moods (generally cold) but his character really intrigued me. By the end of the novel we hardly knew anything more about him than when we started (which was kind of irksome, to be honest) and he was in a cloud of mystery. He has a lot of potential to be a crucial part in the story, and I’m really interested in seeing how he will turn out to be.

The writing style was great! I couldn’t stop reading, everything flowed seamlessly, and there were often parts of the book where it was like reading poetry without actually reading poetry, if that makes any sense.

“As I watched my mother fade and my father grieve, my inability to do anythings sat like a weight on my chest, growing heavier each day until something as simple as breathing hurt. All I could do was stand by while everything fell apart, and no matter how much I wished for things to get better, they never did.”

Although novels written in first person is sometimes a hit or miss kind of thing, in this book, I really felt Candy’s emotions, her feelings, really clearly and the writing was executed very well for the story. It was steamy in some places, mysterious in others, cute in several places. All arranged nicely to really show Candy’s feelings.

This book felt more like a ‘hit or miss’ to me. You either like it or you don’t. The plot was an interesting combination of both mystery and romance, while most of the book focuses on the romance, there is more to it that keeps you engaged in the story. I’ll be looking forward to the second book, especially after the cliffhanger in this book! I’m also interested in seeing more of Candy’s development. She was fine in this book, however there are several things about her that I think I was supposed to enjoy, but instead I found came off as shallow and unmoral, and which might be delved into more in the sequel. I did really sympathize with her and understood her though, which is a plus in the reading experience. The secondary characters weren’t the greatest, but both Jonah and Candy’s father had a lot of depth to them and have the potential to be great characters in the sequel. The writing was easy to read, seamlessly flowing and really helping to get the readers acquainted with the way Candy thought. All in all, this book was quite enjoyable and I liked it!

This book will have you gobbling it up like candy! Eat it quickly! 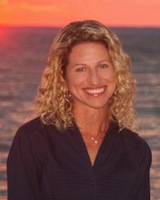 AUTHOR BIO:
Debra Doxer was born in Boston, and other than a few lost years in the California sunshine, she has always resided in the Boston area. She writes fiction, technical software documents, illegible scribbles on sticky notes, and texts that get mangled by AutoCorrect. She writes for a living, and she writes for fun. When her daughter asks when she’ll run out of words, her response always is, “When I run out of time.”
Connect with Debra. She loves hearing from readers.
Author links: Website | Goodreads | Facebook | Twitter