Beautiful, clever, rich – and single – Emma Woodhouse is perfectly content with her life and sees no need for either love or marriage. Nothing, however, delights her more than interfering in the romantic lives of others. But when she ignores the warnings of her good friend Mr. Knightley and attempts to arrange a suitable match for her protegee Harriet Smith, her carefully laid plans soon unravel and have consequences that she never expected. With its imperfect but charming heroine and its witty and subtle exploration of relationships, Emma is often seen as Jane Austen’s most flawless work.

This was used for the Popsugar challenge: A book written 100 years ago. here

My thoughts on this were pretty conflicted after finishing it; on one hand the main character really bugged me, but on the other hand I liked the story and once I got past Emma’s flaws, liked her as well. Which is why I rated this 4 stars in the end, although at first I might’ve gone with a 3.5 or 3 star rating. Read on for a full review! 🙂

Emma Woodhouse had never been interested in her own marriage. She has no need for it, after all, she is well cared for without the help of a man’s fortune. She does, however, take pride in her matchmaking skills and spends a lot of time in  aiding the love lives of others, which she finds throughout the book to have severe consequences. A story of social status and matchmaking troubles, Emma

I did like the plot, although I suppose it didn’t blow me away. There was nothing wrong with it, I guess it just didn’t interest me as much as, say, Jane Austen’s Pride and Prejudice’s plot. But don’t get me wrong, I still enjoyed it, and it’s one of the reasons I gave this book 4 stars. The plot was tactfully created, I just kind of flowed with it all and enjoyed it. Does that make sense? Point being, I liked the plot.

This is where most readers have issues. Emma is a very flawed character. I will tell you that right off the bat, and I’m sure most of you know that, if you’ve heard even a bit about this book. She’s naive, meddlesome, stubborn, and is quite vain; all in all, not very likeable. That being said, it was refreshing and interesting to see through the mind of such a character, despite the fact that I often felt like shaking Emma or slapping her so she would awaken and smarten up. I am happy to say, however, that even though Emma was hard to like, I still enjoyed the book. Sure, she got on my nerves, but she was still an enjoyable character, if that can be said about a person like Emma. After all, Emma isn’t a bad person, simply…  needs to be more educated and less of a vain, stubborn and meddlesome character. She did have her good qualities though; I appreciated her compassion and patience with her father, she was relatively good-humoured, and she is in some ways, mature (as she should be). By the end of the book I appreciated the development her character goes through, so all’s good. 🙂

I haven’t watched any adaptations of Emma, but here’s a movie trailer of the 1996 one!

I really liked this book! I honestly wasn’t expecting to, especially with Emma as the protagonist, but I ended up liking this. I praise Jane Austen for creating a not-so-likeable character, it was at the very least a good portrayal that humans are flawed. If you tend to dislike annoying, stubborn and meddlesome characters, then Emma will most certainly get on your nerves, but if you can look past all that, and understand the writing style, then this novel truly isn’t that bad.

Want to have a taste? Then go! Emma is waiting. 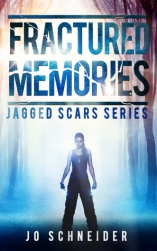 Sixteen year old Wendy never knew the world before the Starvation. She’s learned to put her trust in her knives, and her confidence in her fighting ability. When the Skinnies attack her compound, she’s the lone survivor.

Injured and near death, Wendy is rescued and nursed back to health by mysterious strangers. Her saviors offer her a place among them, but trust has never been one of Wendy’s strengths, and suspicion soon leads to evidence that these people might be the group who killed her family.

The decision to get her revenge, and take the settlement down from the inside out is easy. Keeping her distance from those she must befriend in order to make it happen proves to be much more difficult.

Imagine a desk, and at one end is a neat, little pile of papers. Next to that is another pile, this one not quite so tidy. Maybe one paper is slipping off the stack, which leads the eye to an array of notes that may have been, at one time, in a pleasing fan shape, but now looks like someone gave it a noogie. This is usually where you will discover the discarded wrappers of whatever snacks I could find. A glass with the glazed on remains of a Diet Coke will be sitting on a Dr. Who coaster, and the little cup for pens will be empty, because the pens are now hiding under the papers. When your eyes reach the keyboard, you’ll see that everything has been pushed aside to make room for me playing of Facebook.

2-What book do you wish you could have written?

Ender’s Game. That book has captured so many people’s imaginations, I would love to have been the person to have written it. Plus, Ender’s Game sits somewhere in the middle of commercial fiction and literary fiction, a place I hope to venture someday.

3-How important are names in your books? Do you choose the names based on liking the way it sounds or the meaning? Do you have any other name choosing resources you recommend?

Names are very important, and I’m sometimes horrible at finding just the right one. Ages ago, I bought a baby name book–a book that my fiance packed up when we got married and moved in together and was a little concerned about–and I often use that to find names. Sometimes I look at meanings. Often I will end up with names that all sound the same (one syllable for instance) or all start with the same letter. When that starts to happen, I find a letter I haven’t used and I flip open the book. Sometimes I use the web too. Especially if I need, say, legitimate last name from Africa .

In my first novel, New Sight, I couldn’t think of a name for the bad guys, so I named them the New until I came up with something better. By the time I got finished writing the book, the New had stuck. It’s a dumb name, but now it’s theirs.

4-What do you consider to be your greatest accomplishment?

This one is easy, and maybe you’re expecting me to say “Finishing my first manuscript!”, but that’s not it at all. While writing isn’t easy, it’s something that I can do. What I struggled for six years to get is my black belt in Shaolin Kempo. I’m a round girl–always have been–and I had to put some seriously hard, physical effort into every single thing I did at the dojo. I can write all day, but ask me to do a push up, and I still inwardly roll my eyes and do them from my knees. So yeah, black belt. I’m pretty proud of that.

5-What writing advice do you have for aspiring authors.

Years ago, I was at a little, tiny writing/Sci-fi/Fantasy convention and I went to a class by a guy I’d never heard of. A guy named Brandon Sanderson. His first Librarians book was about to come out, and he was talking about magic systems. I don’t really remember what he said about that. What I do remember is one simple statement he made, “Don’t be afraid to suck.”

I’ve lived by this creed ever since. Don’t expect to be the best author in the room, don’t expect to get everything right the first time, and don’t expect to wow every reader you encounter. What all authors need to do is keep writing. Find some people who will help you get better and listen to them. It’s okay to suck, as long as you’re willing to try again.

6- Do you read reviews? Do you respond the them, good or bad? Do you have any advice on how to deal with the bad?

I started out reading my reviews, but quickly gave up. Partly because it’s like an emotional roller coaster with some ups, some downs and often times afterwards I just wanted to throw up. My fix for all of this was to have my husband read them. He then tells me if there are any common threads. For instance, if three or four people say they felt the ending was rushed, then that’s something I should look at.

I remember getting a review of my first novel that said it was horrible and she couldn’t connect with the characters and she didn’t even make it through the book. I was devastated. How could anyone be so mean? In a fit of rage, I looked up her blog to see if she was mean to everyone, or if it was just me. That’s when I found out that she reviews fluffy romances, not action/Sci-Fi/Fantasy stories. No wonder she didn’t make it through, there wasn’t nearly enough googly eyes and sexual tension for her. That’s when I asked my hubby to read the reviews for me. One romance writer hated my book. That’s totally fine, but her feedback isn’t terribly pertinent to me, because I’m not writing Twilight.

7-What is your biggest failure?

I still haven’t received any death threats for killing off a character. This will happen.

8-What is your biggest fear?

The dark. No, wolves. No, the lack of toilet paper in the apocalypse.

9-What do you want your tombstone to say?

Okay, two things here. The mom of one of my best friends growing up wants this on hers, and I think it’s brilliant, “See, I told you I was sick.” I can probably talk my husband into this.

If not that, then something silly. None of the sweet, tear jerking messages that people leave. Those are lovely, but not really me. I’m more like, “Did you turn the lights off before you left?” or, “Be good. There is no try.”

10-If you had a superpower, what would it be?

Flying. Fast. Then I’d figure out some weapons and the bad guys would hate me. Buahahaha! 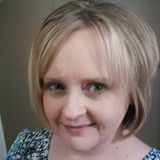 Mm, a post-apocalyptic novel! Sounds good to me! What are your thoughts?

Hello! This is going to be a quick post, just saying. I have reviews to work on and books to read, peoples! 🙂 Anyway, it is time for another That’s What HE Said Thursday post, a meme hosted by Chapter Break. Today I’m going to be featuring a quote from Miles, of Ugly Love by Colleen Hoover. I usually don’t feature books twice in a week (I used Ugly Love in this week’s Teaser Tuesday) but I am this time simply because this is the closest book to me at the moment, ha ha. (#Laziness) Anyway, on to it:

“I just don’t like being gone so much, especially knowing you’re right across the hall from where I live. It makes me want to be home all the time.”

What do you think of this little quote? Let me know in the comments below!

Got to go now, bookworms, so happy reading! Hopefully I’ll be back later with a review. 😉